A project in the prestigious 7 Lakes Country Club which was designed by a pedigreed architect Richard A. Harrison, AIA, this condo effortlessly blends the indoor and the outdoor. Simple and modern in its design, the project is a disciplined approach in color and restraint and has been a featured residence in several Modernism home tours, drawing rave reviews from the participants and guests. 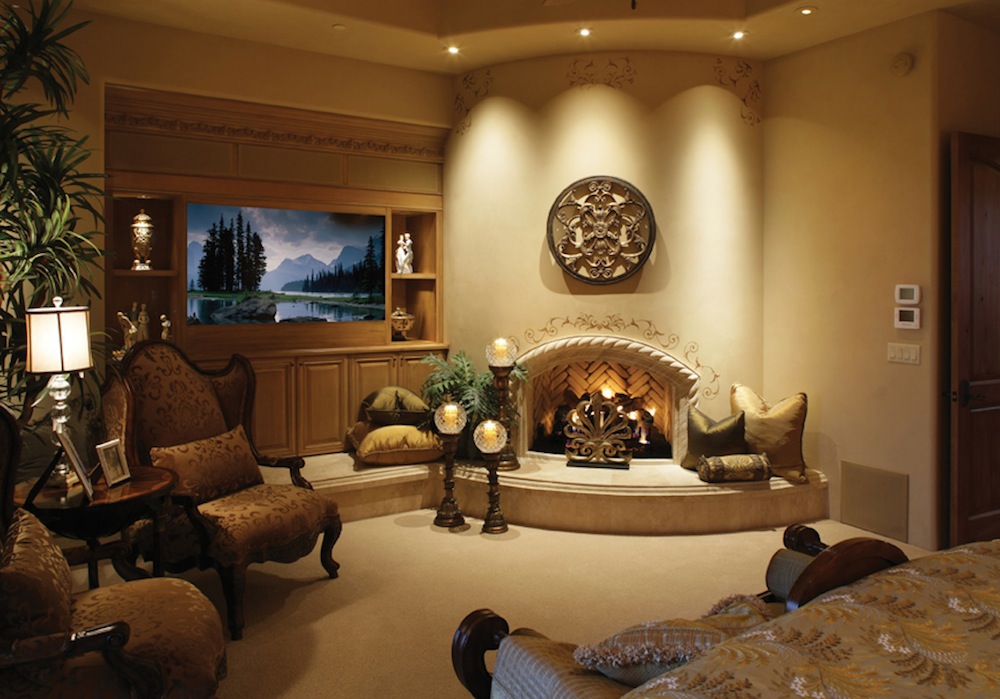 A more traditional approach, this project reflects the client’s personality and makes comfortable use of the 3 bedroom 3 bathroom 3500 square foot home in Scottsdale, Arizona based on the client’s lifestyle. The newly constructed home uses colors reflective of the Arizona desert 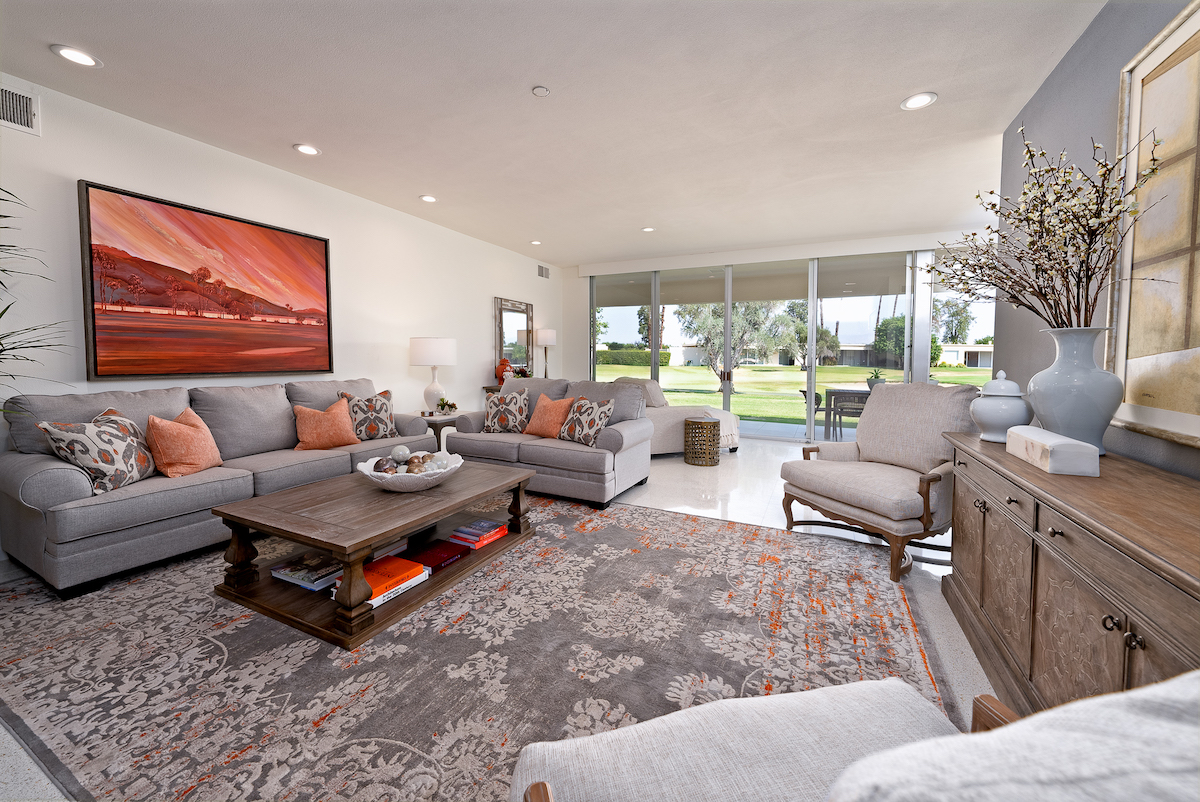 A patron of Craig Mann’s fine art loved her paintings so much, she wanted to highlight them in her home.  She was about to renovate her mid century home, and thought it was the perfect opportunity to use Mr. Mann’s Design to combine fine art and interior design into a cohesive expression of the art in her living space.  The result is an ‘artist-in-residence’, showing the unique qualities of the paintings combined with the owner’s personality and sense of color and vibrancy.  Her home has inspired other patrons to ask Craig for similar help with their projects. 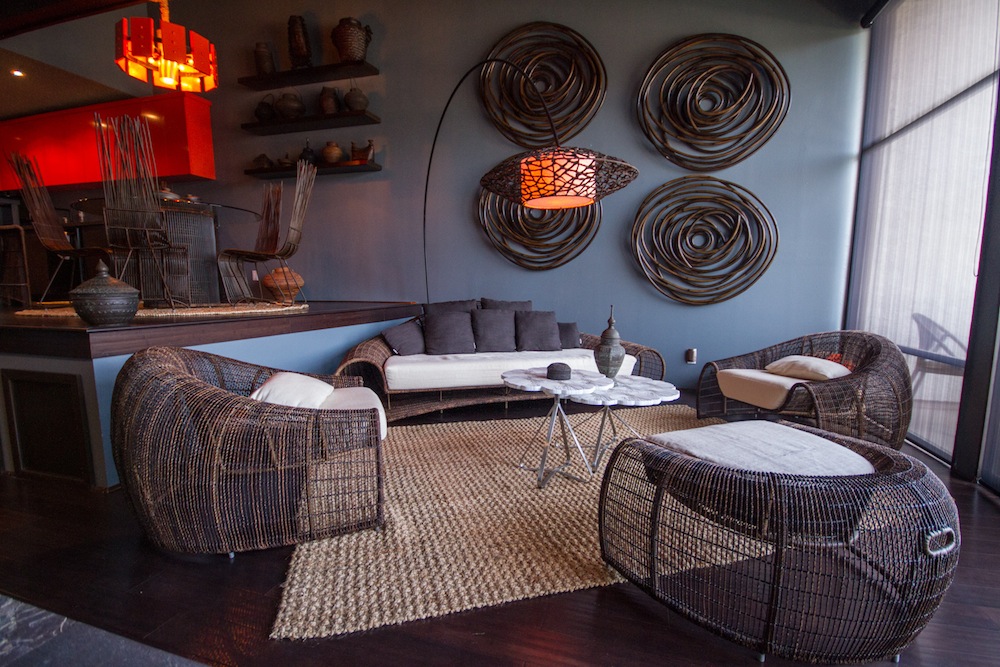 Southeast Asian influenced in an 800 square foot condo on the water in Southern California, this condo is full of color and warmth and makes use of a small space without feeling cramped. The foyer is a unique amalgam of different colors, textures, and art, all blended uniquely like the olla podrida of that part of the world from which it draws inspiration. 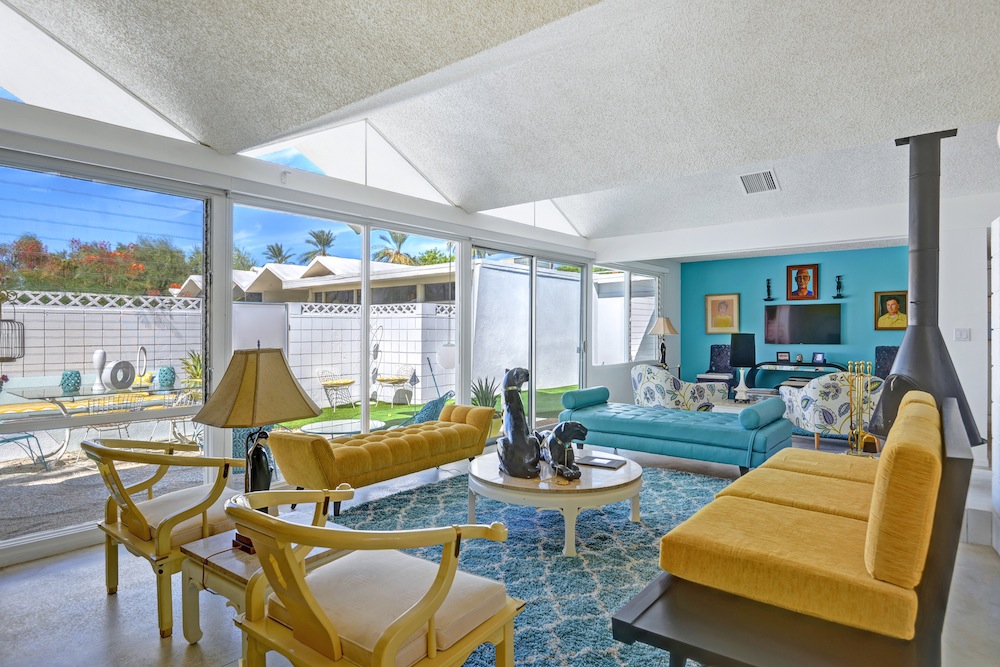 True to its Mid Century Modern roots in an architecturally significant Historic District in Palm Springs, California, this 1500 square foot condo is a happy reminder of the exuberance of the 1960’s. The project blended several eras seamlessly by choosing pieces from the 1960’s to the new Millennium. The result is visually striking and fresh, without being a museum display. 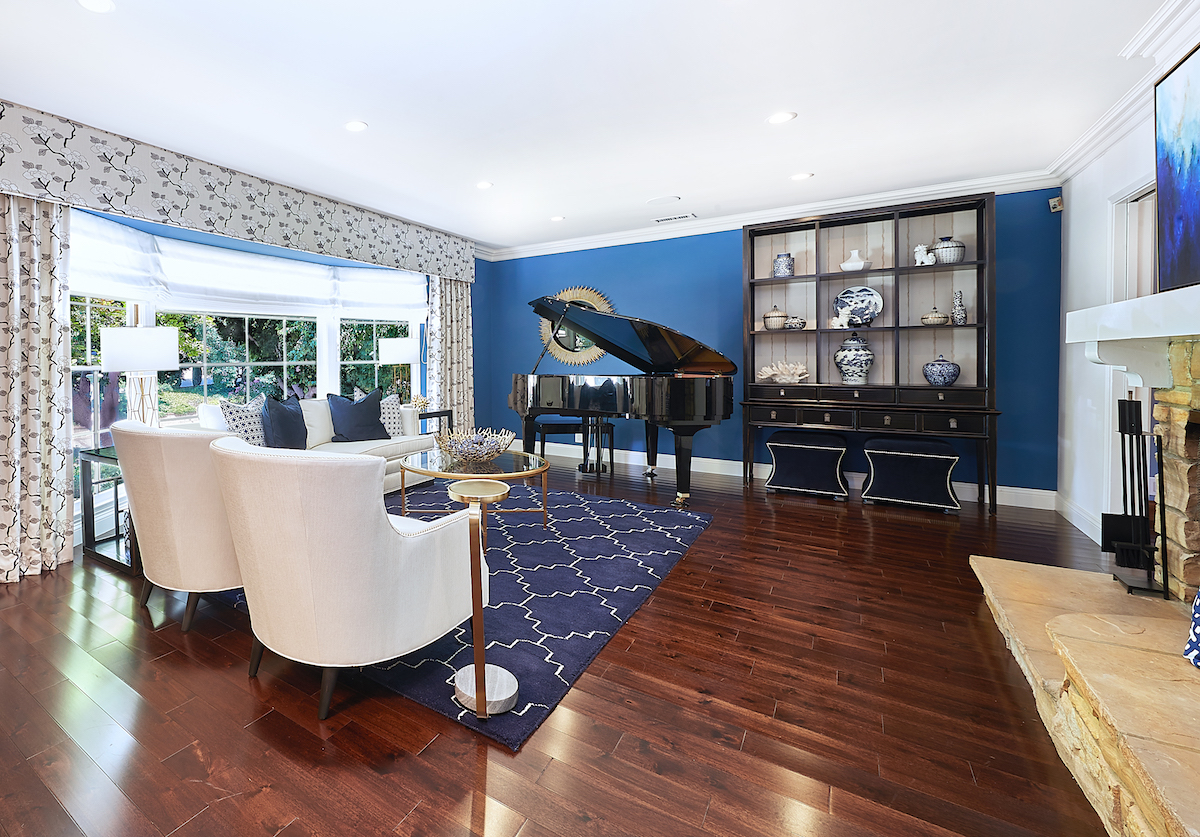 Nestled in Whittier Hills, this project was a renovation of an original Mr. Mann’s Design from the 1980’s.  Initially designed as a cozy Japanese style cottage surrounded by an English garden, Mr. Mann’s Design reimagined the space to stay true to its natural heritage, but lightened and brightened for modern living.  The design team opened up the kitchen for a more open floor plan, incorporating it into the family room space. The warmness of the wood was accentuated with blues and whites, which were the favorite colors of the owners.  Blues and whites were also incorporated into the accessories, to continue with the Asian perspective of the home.

A unique feature of the design was to make dramatic use of the powder room, becoming a show piece itself.