Art During the Pandemic

Written by Ossie Saguil on 12 September 2021. Posted in Blog

As it was for everyone, the pandemic proved an isolating experience.  There was a necessary disconnection between human face-to-face interaction.  This made us find other ways to achieve inspiration to fulfill our creative impulses.  For Craig Mann, it meant painting at home, which proved highly successful in terms of his art which also lead to interior design work to create dynamic spaces to highlight the art.

Ever evolving, as the pandemic wore on, and as new liberation and hope was offered by the vaccine, face-to-face interaction was slowly returning to life. When infection rates started to drop dramatically, we had the idea to burst out and see the world again from the confines of our 1500 square foot home.

We booked travel through several European countries hoping to see their art and what inspired them, to inspire us.

Things looked very hopeful in June 2021 with infection rates dropping and European countries opening up.  Then the Delta variant raised its ugly head particularly among the unvaccinated.  Although we were already fully vaccinated, more restrictions were put in place by the United States and European countries.  Not only did we have to prove vaccination status, we also had to prove negative antigen status within a certain time period (which varied amounts different European countries), and fill out different documents for different countries.

It was quite a logistic hurdle, but we did it!  It was with some trepidation that countries would not accept our documentation and turn us back to the United States.  However, we found that the European countries didn’t even check. And they also didn’t apply their rules universally among their population such as wearing masks. 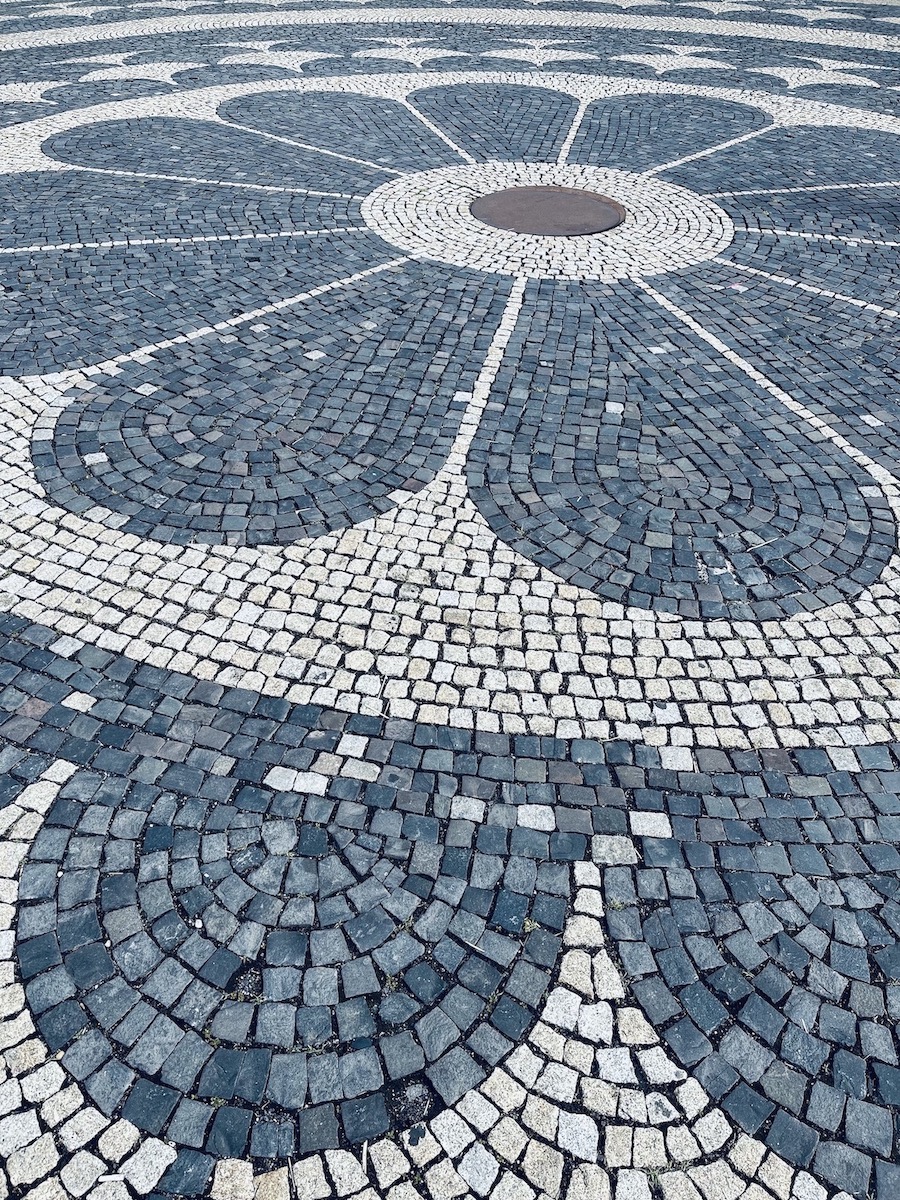 We did our best to stay safe, practicing the things we already incorporated in our daily lives such as social distancing, masking, traveling and socializing with similarly vaccinated and negative status people when we could.

We are so glad we took the effort because of the rich experiences and inspiration we drew for our business and for Craig’s art.

Some highlights included a river cruise down the Wachau Valley in the Danube, where the Venus of Willendorf was carved 25,000 years ago.   We saw the actual carving at the Natural History Museum in Vienna (Naturhistorisches Museum Vien) which was established in the 1800’s in a magnificent imperial building typically of the Austrian capital.  The sculpture is surprisingly modern, and I bought a replica for ourselves. The Wachau Valley is incredibly verdant, and has what I thought were rice terraces, but were actually vineyards. 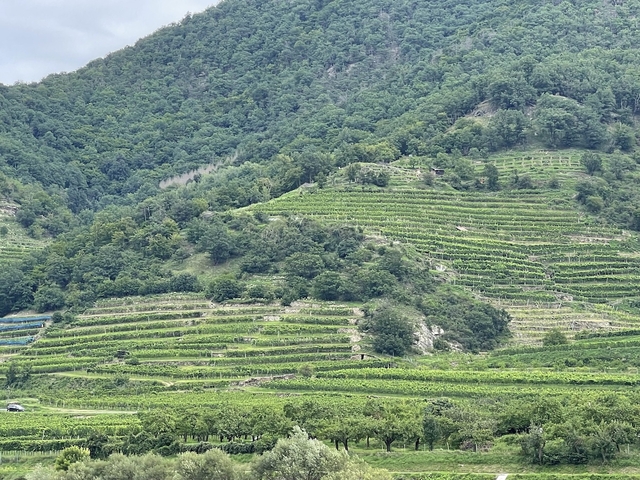 There are churches everywhere, and it’s easy to get ‘bored’ of them, but there were several that were very inspiring such as the St. Vitus Cathedral in the Prague Castle  in the Czech Republic and the Mathias Church on Castle Hill in Budapest, Hungary.  St. Vitus Cathedral made you gaze upwards to the heavens due to its vaulted structure.  It’s hard to believe that the could have built something so tall (thanks to flying buttresses), but it was withstood the test of time.  I found St. Vitus the most interesting of churches since it had a Moorish design.  I learned that when the Ottomans ruled Budapest they turned St. Vitus into a mosque, hence the Turkish influence.

There are museums everywhere and we did our best to see a museum in each country we visited, be it the National Museum in Prague, or the Natural History Museum in Vienna, or the Dohany Street Synagogue in Budapest (the largest synagogue outside New York City).  But the highlight was Le Louvre in Paris.

The Louvre had a varied historic, from the castle that protected Paris from English invaders, to the successive palace additions by the royalty of France. The rooms themselves are art pieces by themselves.  I was troubled by how much opulence the French royals spent on themselves.  It’s not hard to understand why the people revolted and why some of them lost their heads.

Of course, we went straight to see the most famous of the paintings, the Mona Lisa.  Because of the pandemic a, despite being August and the height of the foreign tourist season, there were no lines, and we could gaze upon her without interruption.  There was literally no one behind us in the queue that can usually snake around for hours.  The painting wasn’t as large as I thought, but did have surprising details, such as not being completely finished by intention. She is also positioned in a formal way, but because of her angle, also in a welcoming way, as if to greet friends to her house. 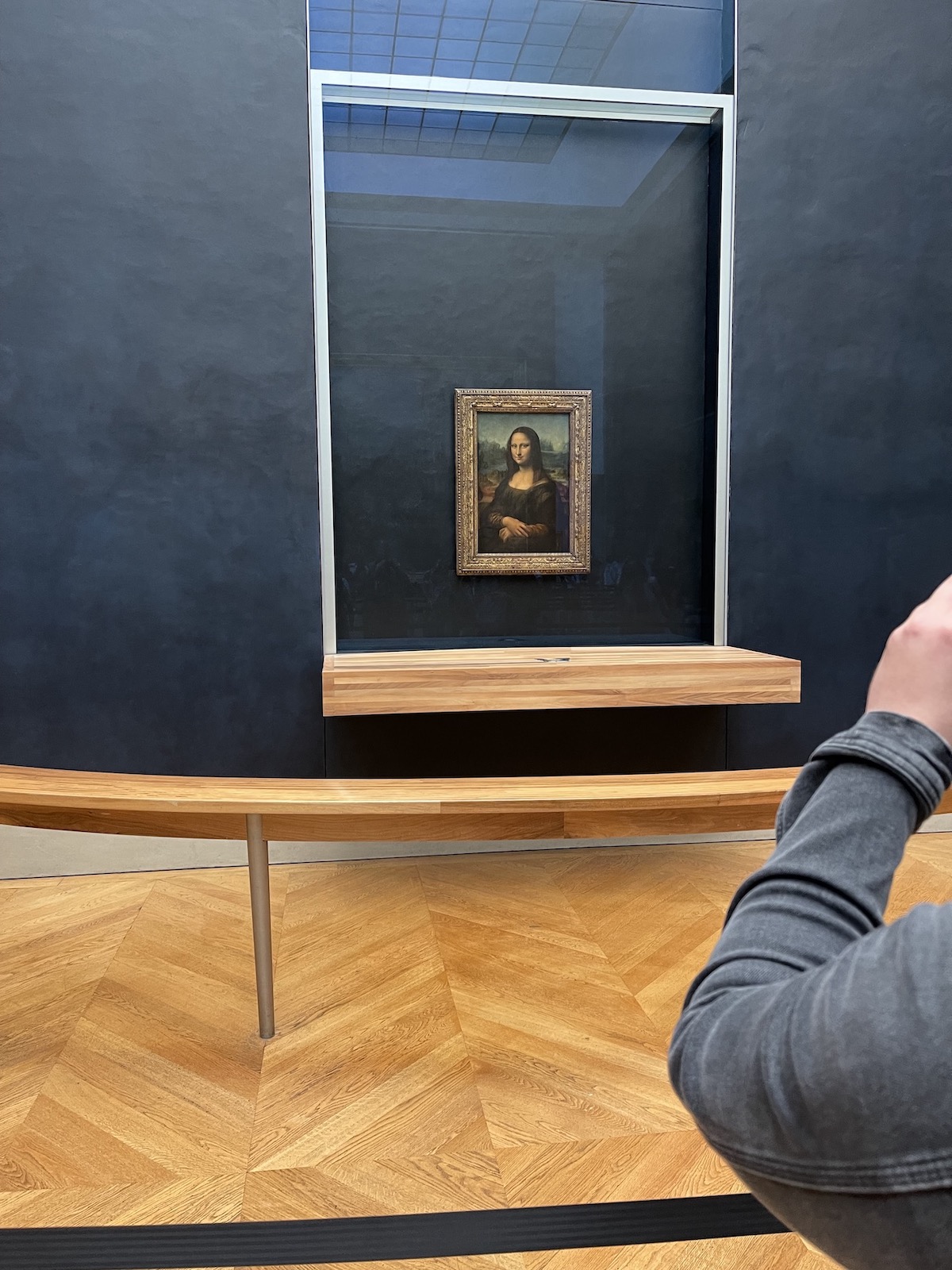 The monumental works of art were reserved for the royalty (again) and were of a gigantic scale commemorating battles fought and won.  There was an interesting one of Yorktown with George Washington.  Without the French, the United States would have never had a significant foreign backer to win independence.  Again, the war and the excesses of their royalty also caused their own French Revolution.

There were several home-erotic portraits within each painting.  Subliminal messages occurred even then.
So what was our inspiration?  The biggest take away is that ‘life goes on’. Human’s have survived through art for 25,000 years and continue to be inspired by life around them, from revolutions to pandemics.

We emerge from our current situation evolved and ready to meet new inspiration and art ahead.